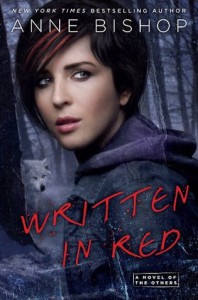 I've been working on hunting down some "adult" series and authors to read (to give me more options when YA becomes too saturated with love triangles and such). I'm glad to say that this was a promising first kill. Which sounds really horrible, now that I've written that. Anyway, Written in Red is a story of an alternate world in which humans aren't at the top of the food chain and all natural resources are controlled by the Others. A little Planet of the Apes meets The Jungle Book, but more paranormal and with human technology similar to modern day stuff.

Not perfect or "oh my gosh!" but I enjoyed it, I felt invested in several of the characters, and I'd like to read more. Definitely on the lookout for the next in this series, and I may pick up some of the authors' other books as well.